Two local businesses are among the 24 finalists for the 2021 EY Entrepreneur of the Year.

Carlow-based MicroGen BioTech and Modubuild in Kilkenny will bid for a prize in the programme which spans a range of sectors, including retail, consumer, technology, health and leisure.

All compete across three categories; Emerging, Industry and International with one selected as the EY Entrepreneur of the Year in November.

Kevin Brennan is MD of Modubuild and he’s been telling KCLR News that being named a finalist “Is great for the entire team, it’s not just me, there’s a team of over 400 people involved in making the company a success and it’s great that we’re being recognised as one of the leading Irish companies, we’re selected in the international category so it’s for Irish companies operating on a global stage in multiple, different locations which is what we’re doing so it’s fantastic to get that recognition”. 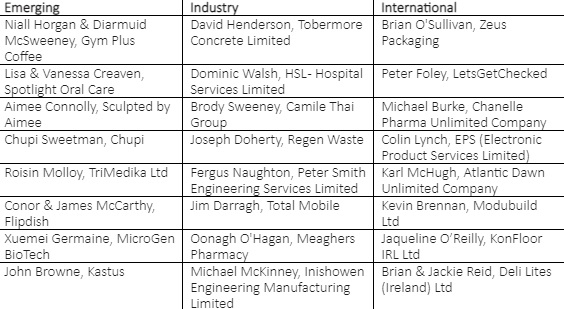