Carlow Town looks set to get its own bus service.

It’s been long-awaited by those in the area and the project’s last hurdle was funding.

But it appears that’s now been catered for with inclusion in Budget 2022 – see Junior Minister and Carlow Kilkenny Green TD Malcolm Noonan’s tweet: 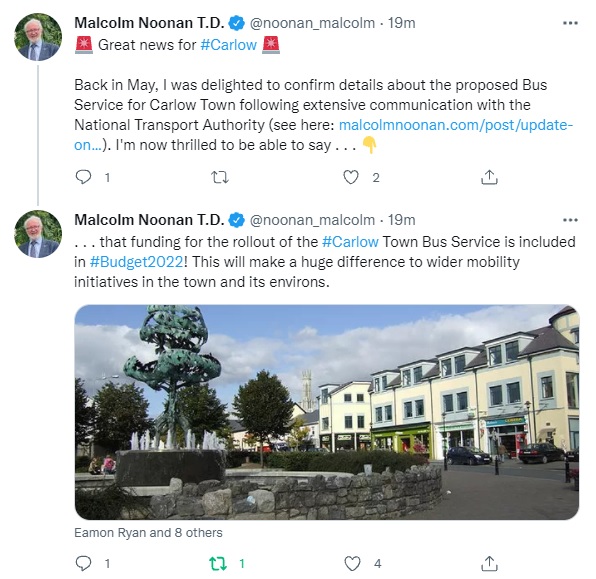 You can read the May update referenced above here and watch below:

On KCLR Live with Eimear Ní Bhraonáin this morning he said he’s still awaiting clarification with regards to a timeline.