It’s been another good week for local talent.

Graignamanagh singer & songwriter Robert Grace has retained the top spot on the Irish Homegrown Charts for the third consecutive week.

His track ‘Fake Fine’ continues to impress and it sounds like we just can’t get enough of it.

Meanwhile, joining him this time around in the top five is Kilkenny producer Welshy.

Another local lad, he’s built up quite the following on TikTok.

His ‘Haiti’ was officially released on 9th October and has entered the Irish Homegrown Charts at Number Four.

After creating the demo featuring a sample of Haitian vocalist Coralie Hérard, Welshy managed to track her down in Montreal and she re-recorded the vocals for the project. 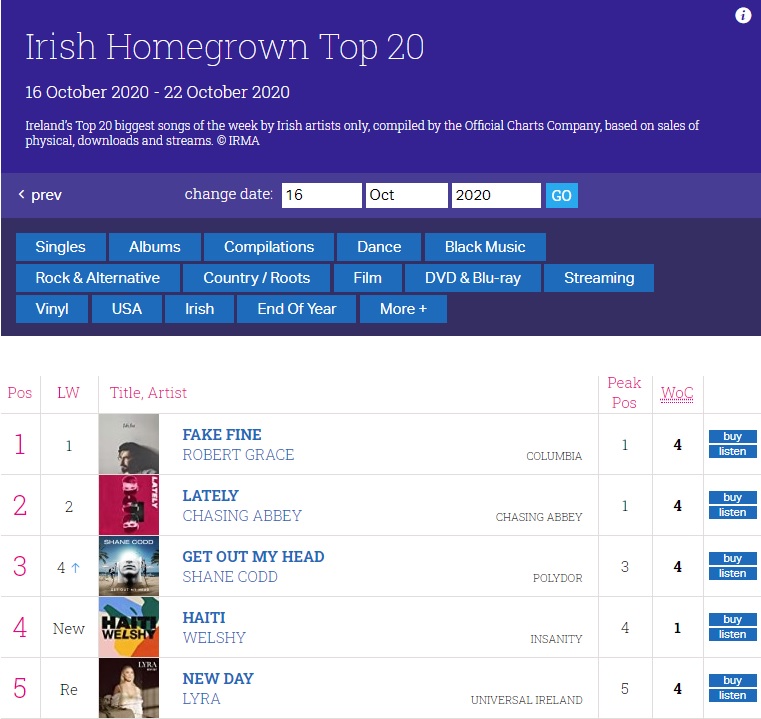