Tickets to his Croke Park gigs on the 9th and 10th of September were quick to sell out when they became available at 8am this morning with many waiting to get their hands on the coveted passes. 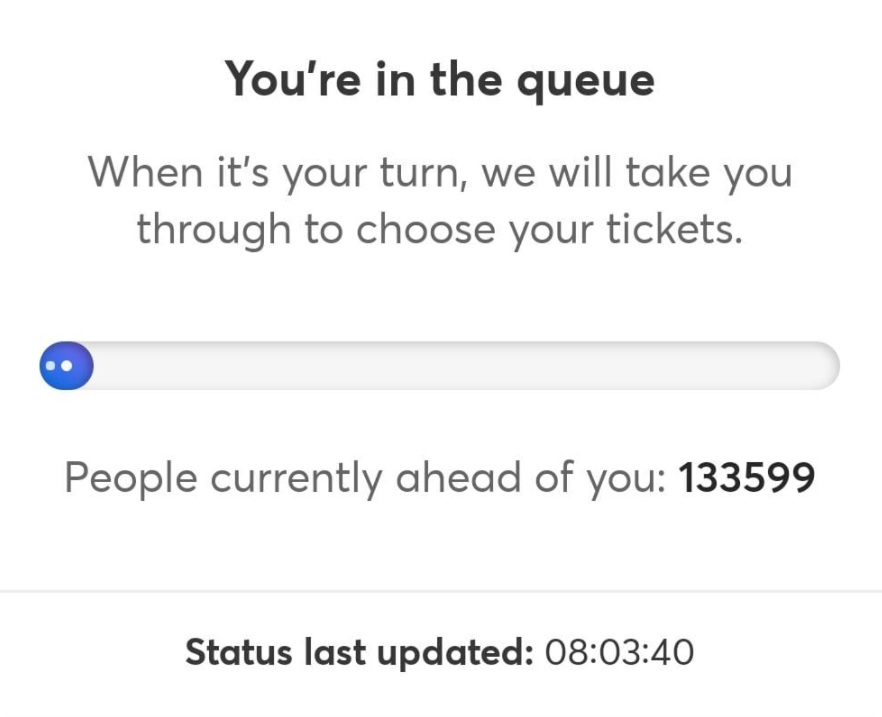 It was announced at about 9am that he’ll now also play the GAA HQ venue on Sunday, 11th September. 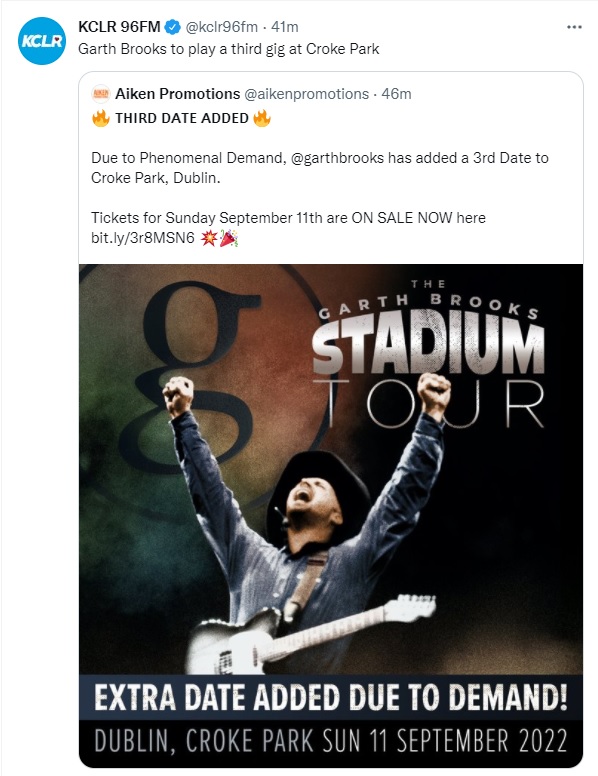 The country music star says it’s in response to ‘phenomenal demand’ for tickets.

You can join the queue here – it’s looking like this at 9:30am this morning: 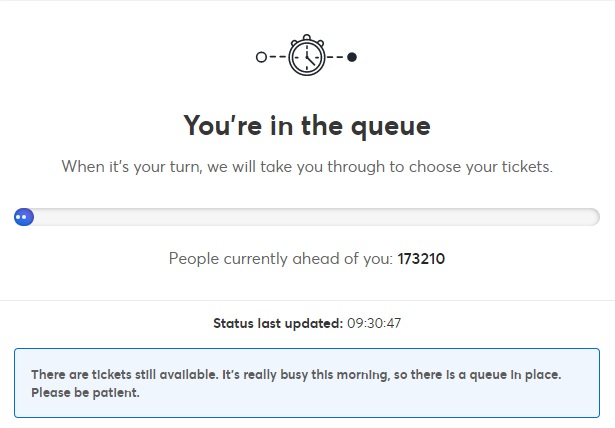 Then at 10am we got this message from Aiken Promotions:

So, it appears Mr B is aiming for his own drive for five!