The concept of smart villages is to the fore of Kilkenny LEADER Partnership latest programme.

LEADER is an acronym for French phrase ‘Liaison Entre Actions de Développement de l’Économie Rurale’ (links between activities for the development of rural economy) and it aims to provide a ‘from the ground up’ approach to finding solutions.

Kilkenny LEADER Partnership (KLP) currently delivers the programme for rural development locally – its next offering, should the grouping get the go-ahead to continue (see here), runs from 2023 to 2027 with a budget of €6.1million.

Smart Villages are key and they’re set to tour the county for a series of community consultations which will roll out at the following locations from 7:30pm each evening:

Their plan was unveiled at the Springhill Court Hotel this lunchtime (Friday, 20th January).  There an audience of close to 50 people were told that though the latest KLP budget figure is down by about a fifth on previous programmes, it means “we need to think outside the box” according to KLP vice-chair Kevin Mahon.

Mayor David Fitzgerald praised the work done by KLP to date and acknowledged the “healthy dynamic” between them and the county council.

KLP CEO Declan Rice spoke to KCLR News’ Edwina Grace to outline what was taking place and why:

Key note speaker Minister of State for Heritage and Electoral Reform Malcolm Noonan – hear his conversation with KCLR News’ Edwina Grace on this and other topics here:

The launch was followed by a Kilkenny Smart Village workshop with one for Thomastown to take place tomorrow, Saturday 21st January, from 10:30am to 12:30pm. 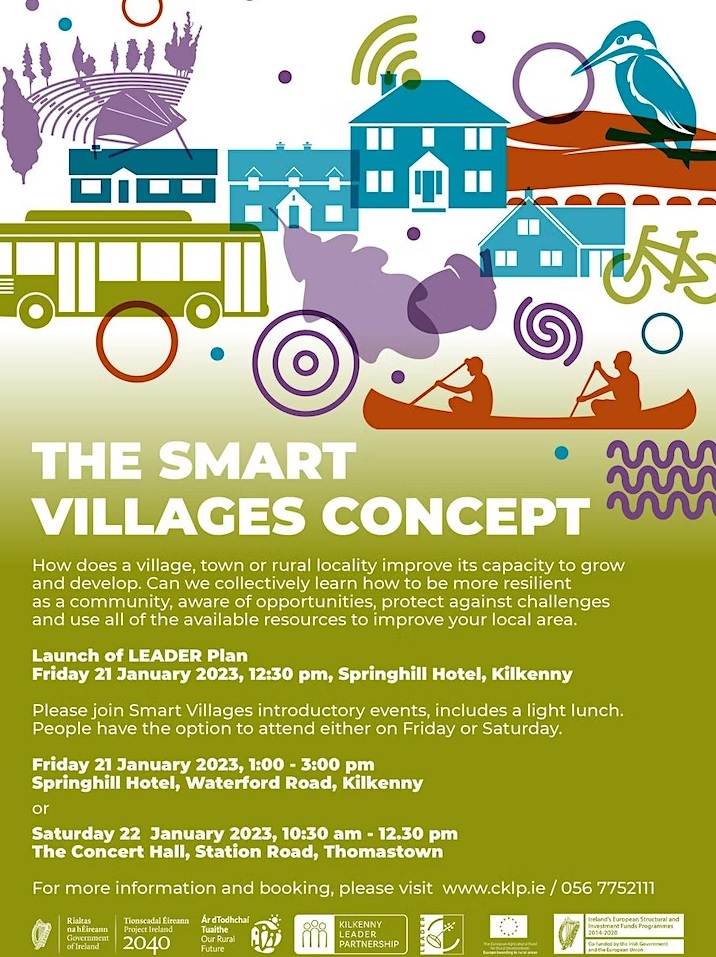