For the first time since 1998, a new manager will be on the sidelines for Kilkenny’s senior hurlers next season.

Derek Lyng was ratified by the GAA county board last night as successor to Brian Cody and will lead the Cats for an initial three-year term.

A winner of six All Ireland senior medals himself, the Emeralds man led the Kilkenny u-20 side to All Ireland glory earlier this year and was a selector previously during the reign of Brian Cody.

Speaking to KCLR his clubmate and fellow All-Ireland winner with Kilkenny Aidan Fogarty says Lyng will be bringing a wealth of experience to his new role.

Here’s the statement sent to KCLR’s Scoreline last night as it appeared on KilkennyGAA.ie 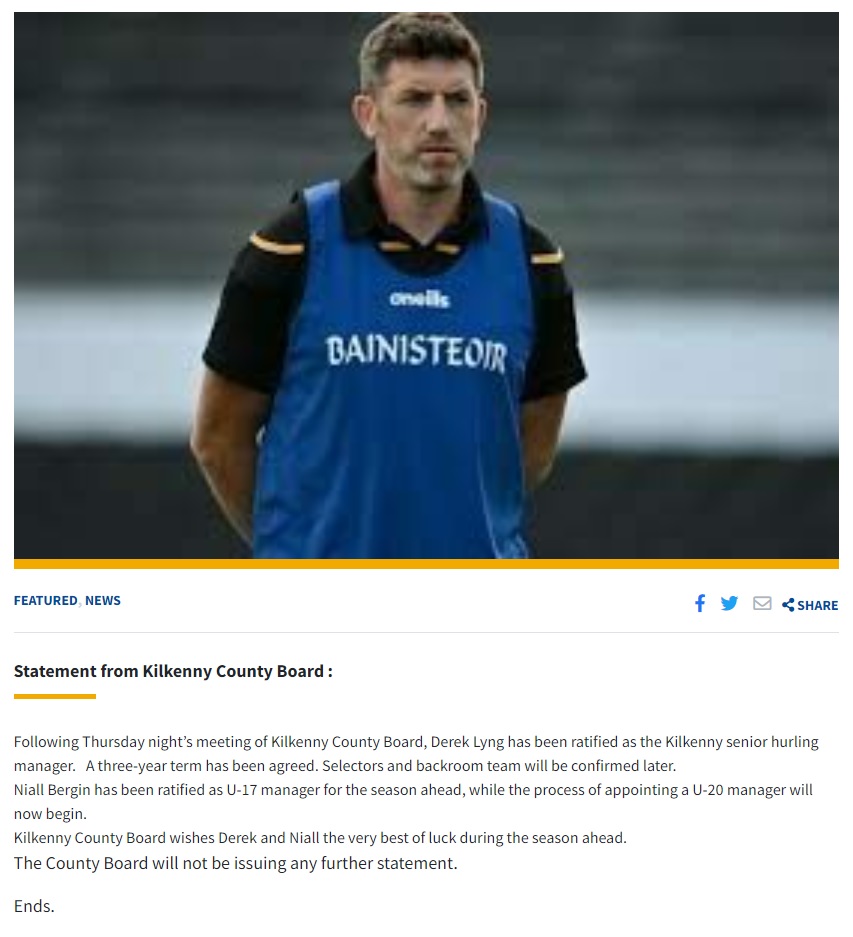