A statement of intent is how Carlow town’s brand new event space is being described.

The Exchange was officially launched at the Potato Market earlier today, offering a semi-covered outdoor space for various purposes.

Speeches came from Cathaoirleach of the county council, Cllr Brian O’Donoghue, Mayor Fintan Phelan and local authority CEO Kathleen Holohan, between them outlining the links between the market town history (having had four main market areas for potatoes, hay, butter as well as coal) and the vision for the future. 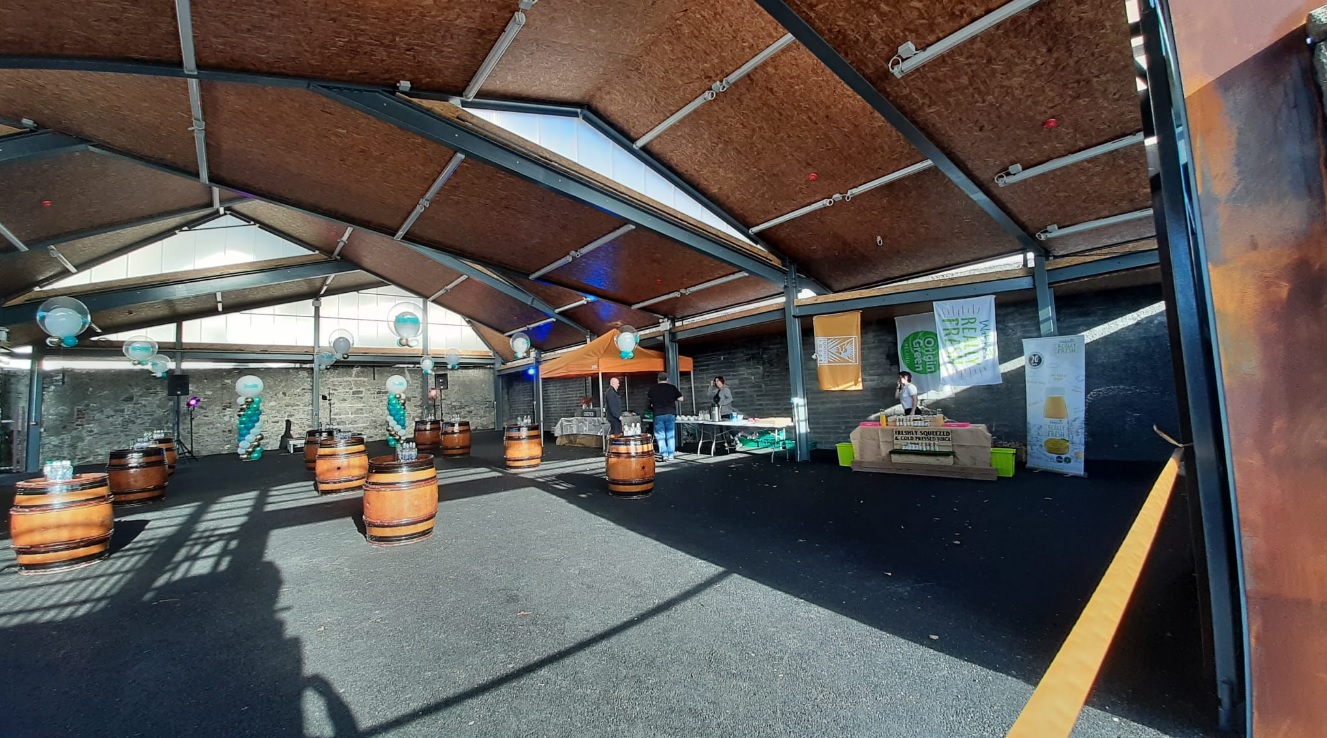 The Carlow Farmers Market will be housed here each week and the council will launch its own series of events in October – it was revealed that among these is a week in December dedicated to the eight secondary schools that have students participating in the Student Enterprise Programme, for them to use it as a Student Exchange to showcase their competition products and services.

While the local Ukrainian community is also seeking to organise a market day filled with stalls of their native food and more.

Director of Services with the county council, Michael Rainey, was the launch MC and told KCLR News that the initiative shows the ambition as they work towards Project Carlow 2040.

Our Edwina Grace met him and others who helped bring the project to fruition as well as some who stopped by, to get their reaction: