It’s been another very busy week here at KCLR towers. A warm one too as the heatwave took over.

Some of the hot topics included the opening of the Olympics, the impending return of indoor dining and what’s in store for one local business awards.

We followed the trail of how a Kilkenny-based woman lost precious rings in the sea off Waterford, while two Carlow teens outlined the journey they’re taking in aid of the Irish Cancer Society.

The Olympics Opening Ceremony took place on Friday and there’s huge excitement locally for the three participating athletes from Carlow and Kilkenny who are set to compete.

Cliodhna Manning’s from Kilkenny while Marcus Lawler and Sam Watson hail from Carlow. (Keep up-to-date with their endeavours with our sport crew here).

The latter’s Dad, John Watson, joined our Sue Nunn in studio for The Way It Is to not only look forward but also back as he too previously competed on the global stage.

Listen to their conversation here:

During the week our news team was notified of the plight of a Kilkenny based couple.

Joanna Mussett had been swimming off the coast of County Waterford when she felt her engagement and wedding rings slip from her finger – husband David was quick to do an on-air appeal, which you can hear here:

We couldn’t believe then when we got this update from him the following day:

THE ENGAGEMENT RING HAS BEEN FOUND!

And it didn’t end there. Unbelievably, we subsequently had a further update which you can read about here

The Carlow Business Awards were launched on KCLR Live this week. (For details and to nominate, click here).

Listen to the unveiling of information on the show led by Eimear Ní Bhraonáin here:

Indoor dining’s set for a return on Monday.

Ahead of the announcement, on last week’s The Saturday Show our Edward Hayden caught up with Carlow based Fianna Fáil TD Jennifer Murnane O’Connor to discuss this and more. 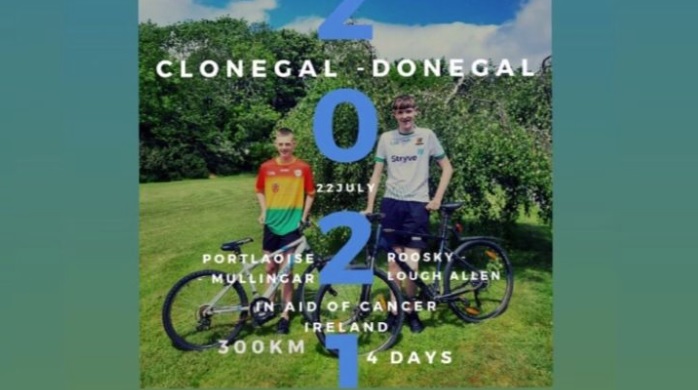 On Thursday two local teenagers took to their bikes to travel 300k for a five-day journey in aid of the Irish Cancer Society. (For more information and to donate click here).

Ahead of that, both boys joined our Eimear Ní Bhraonáin on KCLR Live …